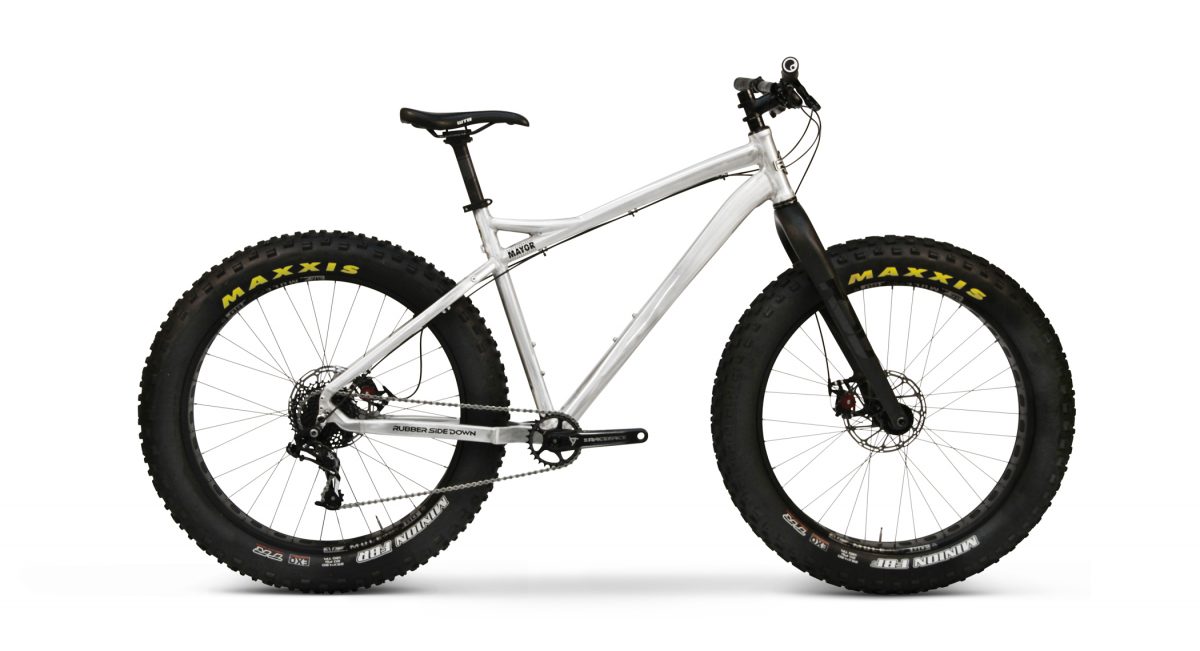 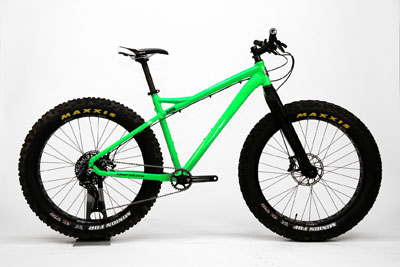 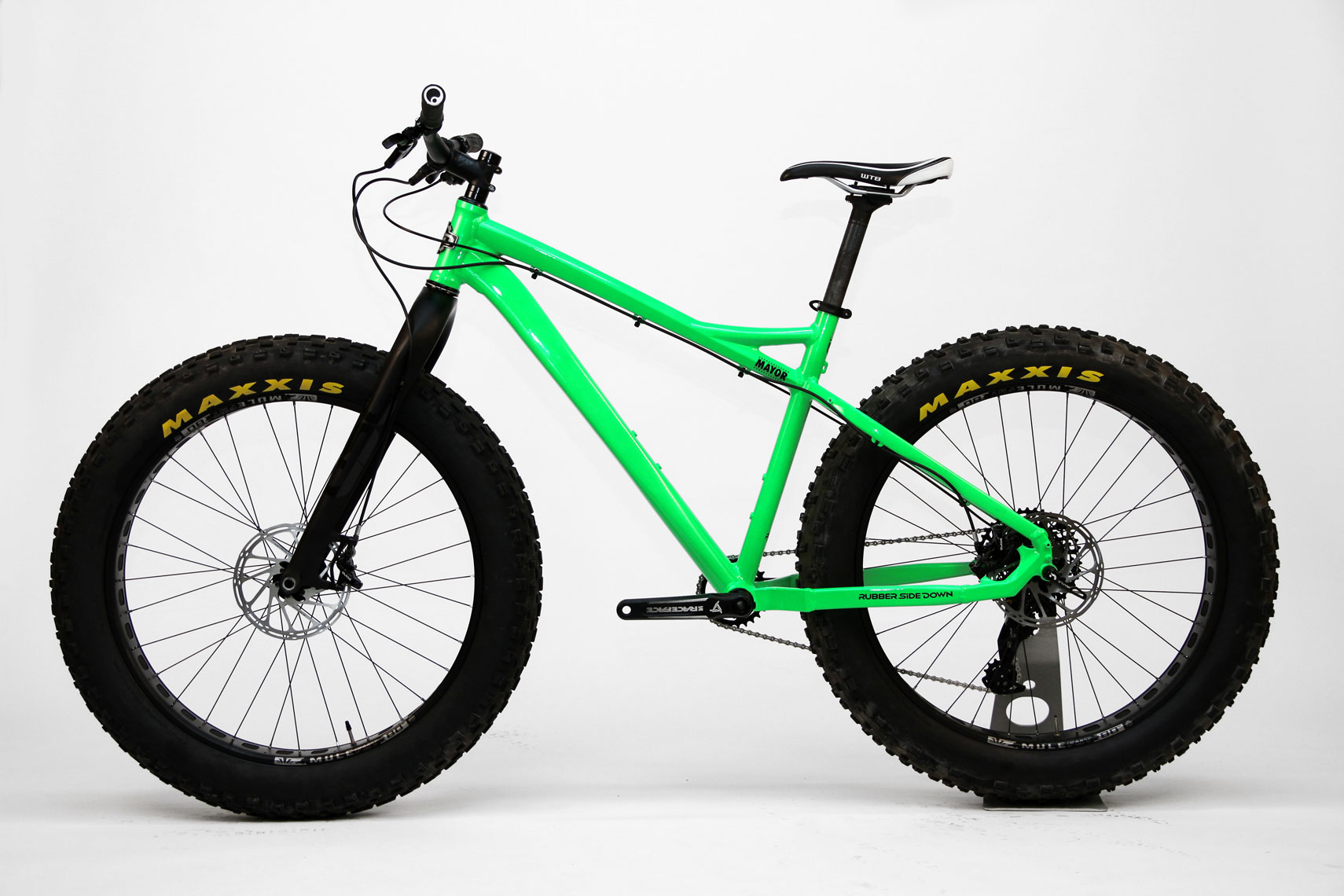 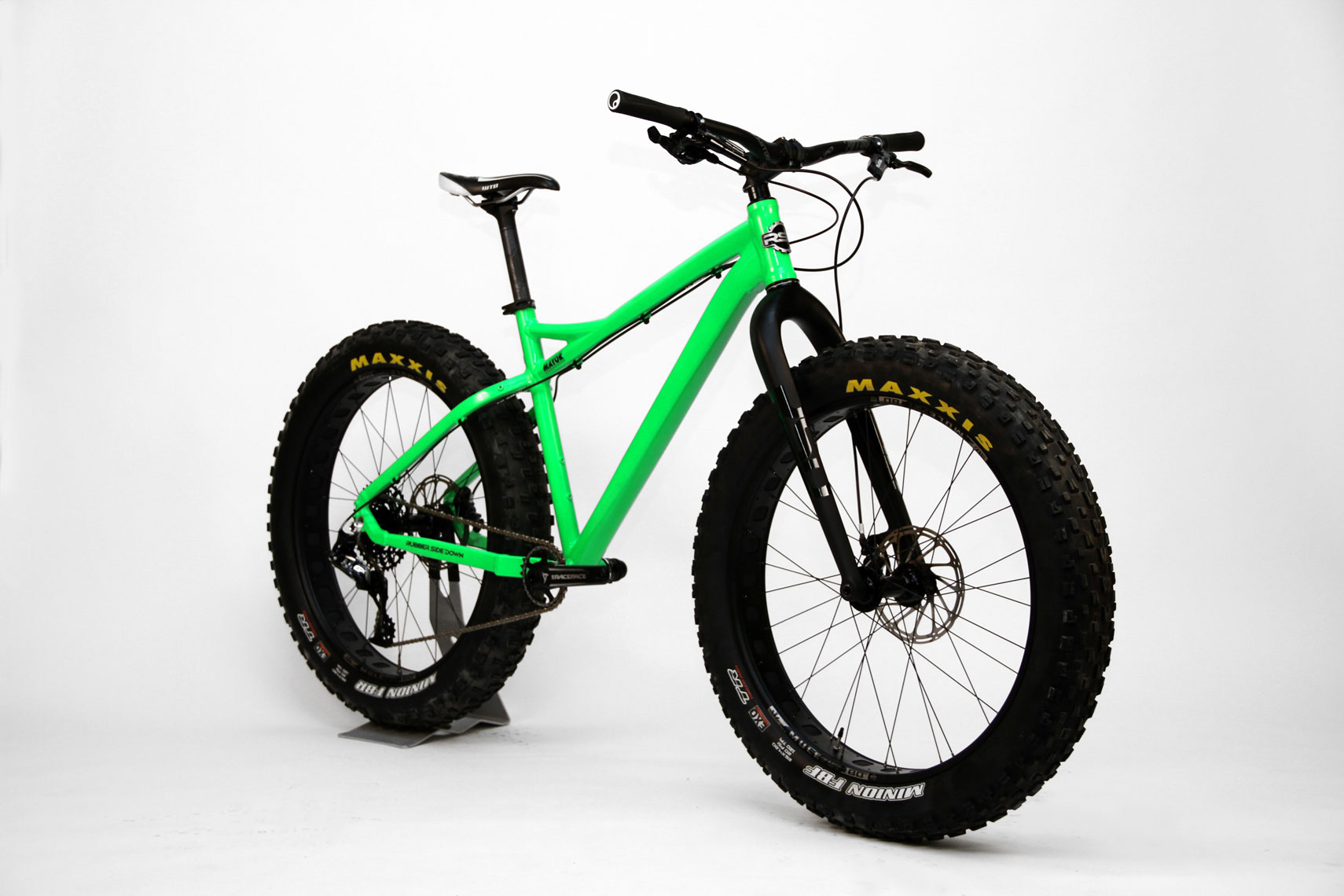 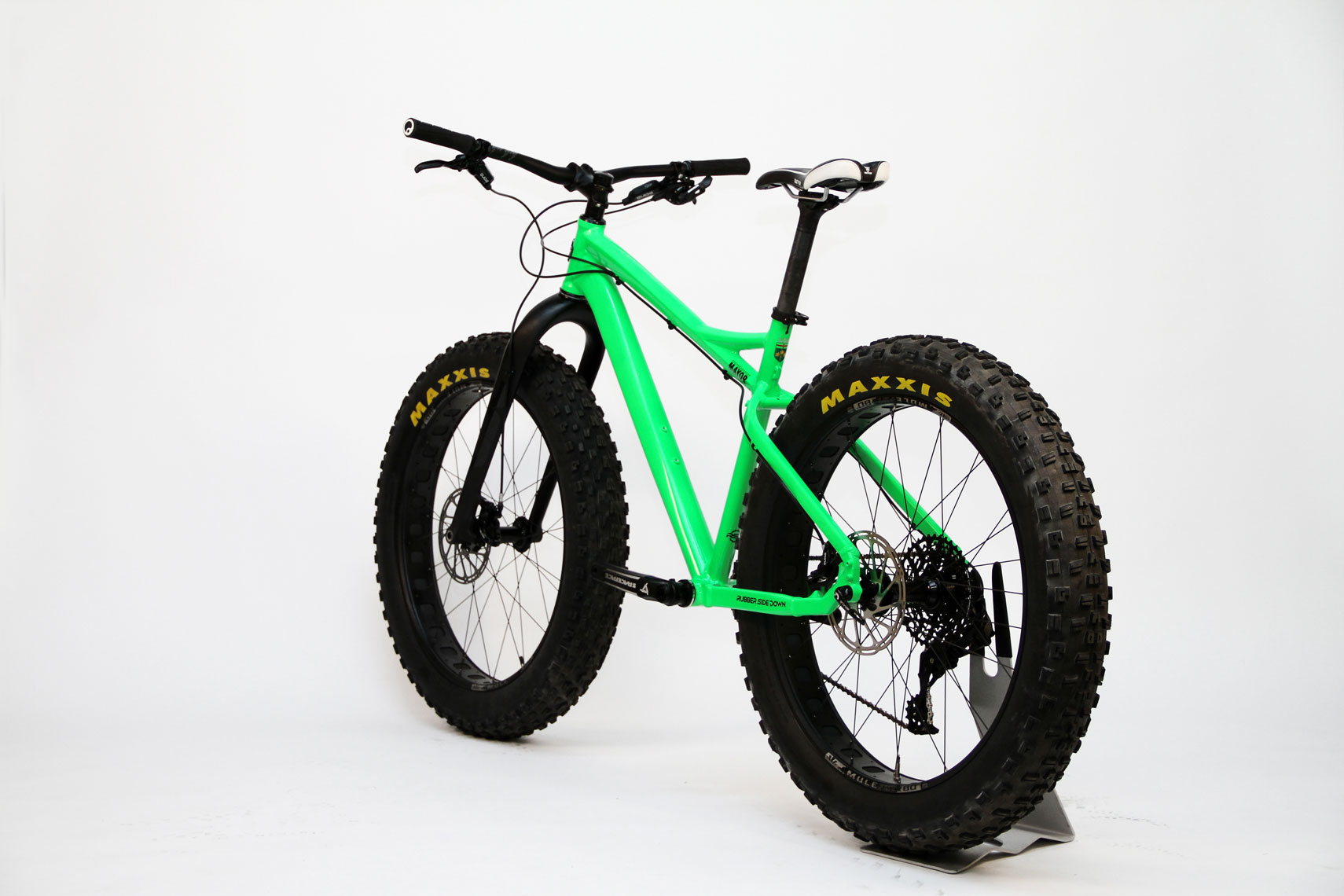 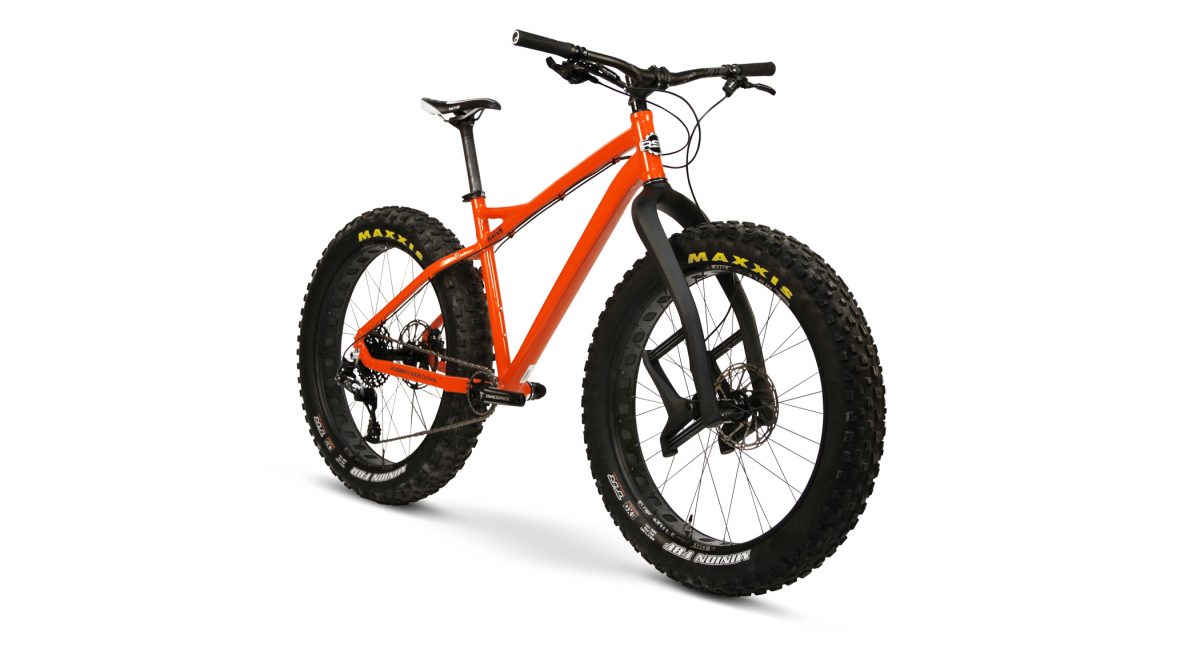 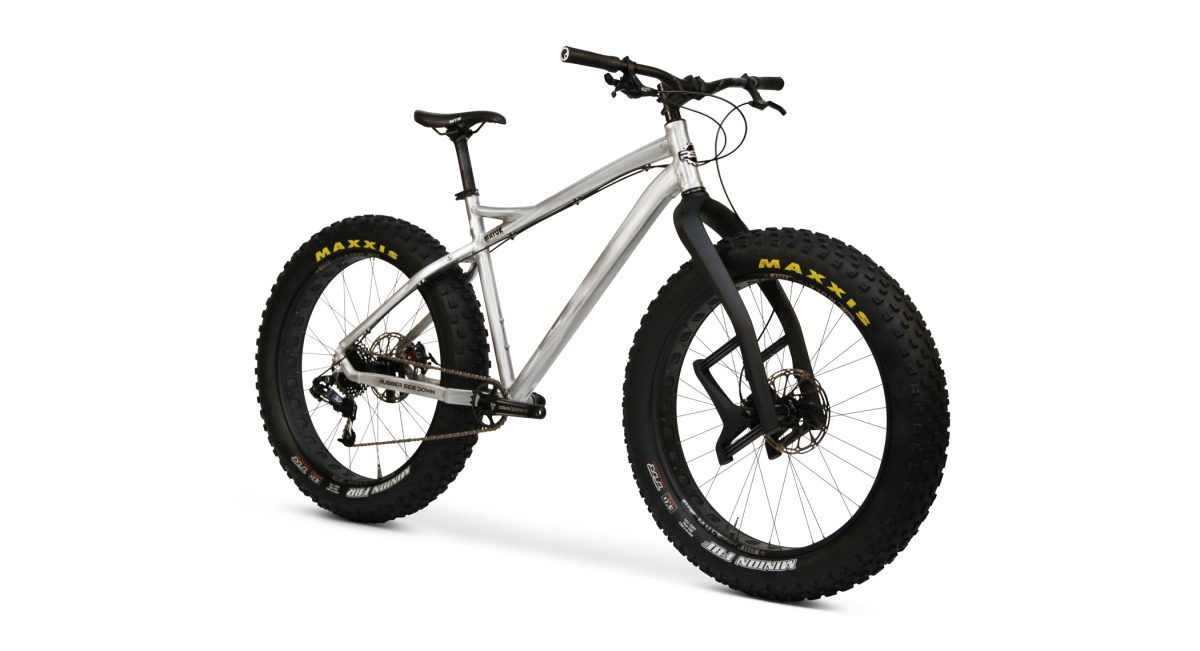 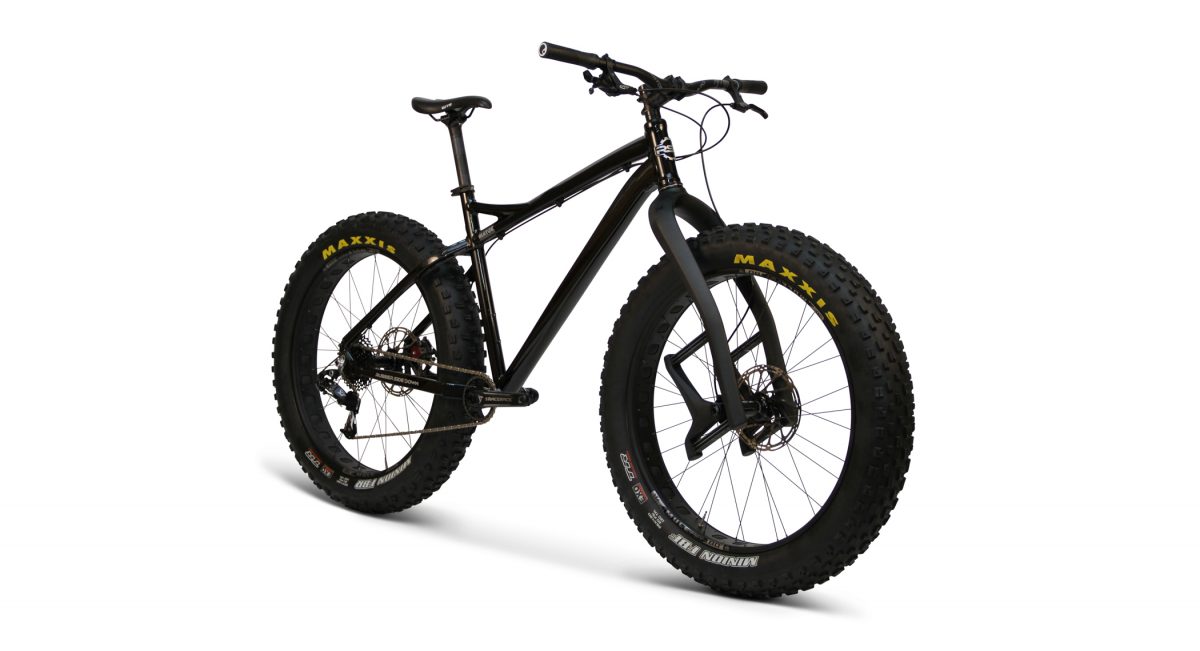 Our incumbent Mayor has been significantly redesigned for its next campaign. The best value in the category just got better, with new hydro-formed 6061 tubing and new custom RSD carbon fork. Rear stays have been massively beefed-up to increase lateral rigidity and handle the loads that you’ll be applying in a full term of fat fun.

But with the same proven build, bolstered by RaceFace Cinch cranks and direct-mount 28T ring, and Sun Ringlé 80mm Mulfüt wheels, all rolling on massive Maxxis Minion 4.8” tires, we don’t think there’s anything you’ll need to change to make one successful run after another.