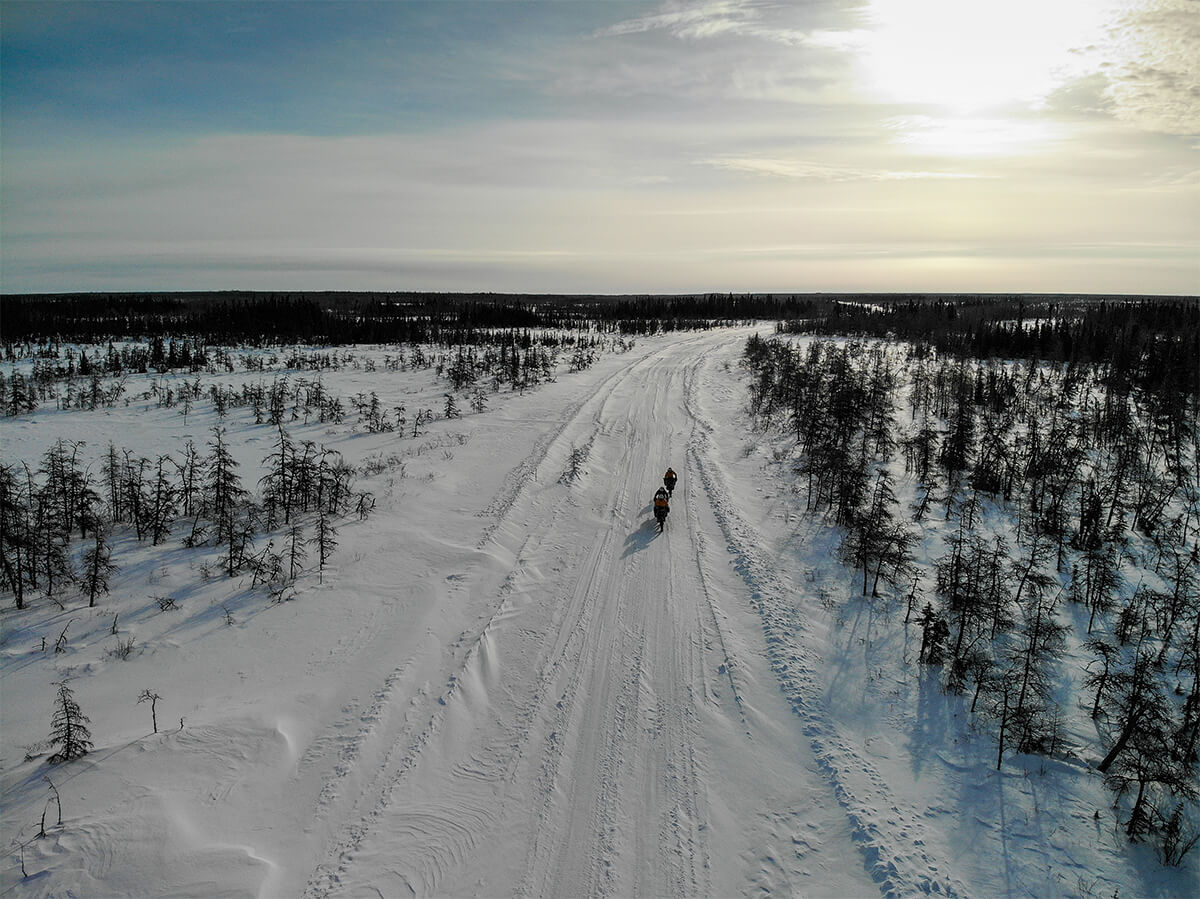 The old saying goes that “charity begins at home.” Well, sometimes it begins there and ends up far, far away, at the end of a long and winding road. Earlier this year, way back in March of 2020 (seems like forever ago now!), three expedition teammates – Buck Miller, Eric Batty and Ryan Atkins set out from Peawanuck First Nation, on the coast of massive Hudson Bay, with two big goals to achieve. One was to raise $10,000 to support local Indigenous youth to stay active, and the other was to become the first athletes to take on the Wapusk Trail under human power.

According to Guinness World Records, the Wapusk Trail is “the longest winter road in the world.”  RSD Bikes is proud to have supported these three intrepid adventurers with Mayor fat bikes for the record-setting ride. Click on the link below to read Buck Miller’s tale of the tape, accompanied by fellow Expeditions Ontario teammate Eric Batty’s stunning photos from along the way.

Learn more about the expedition at Expedition Ontario